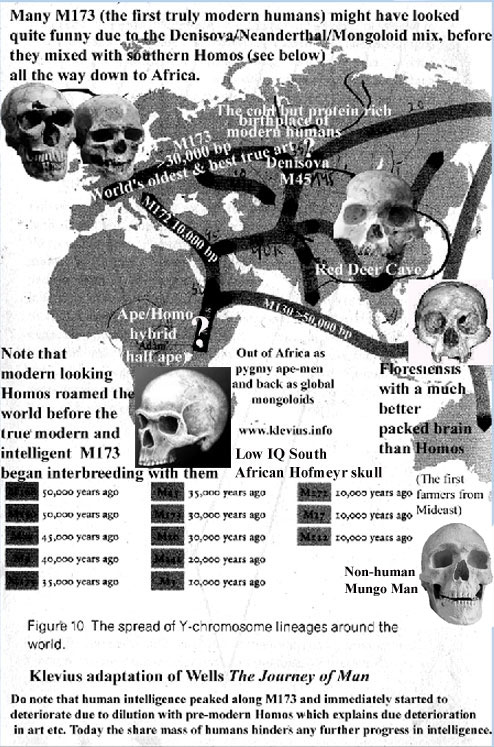 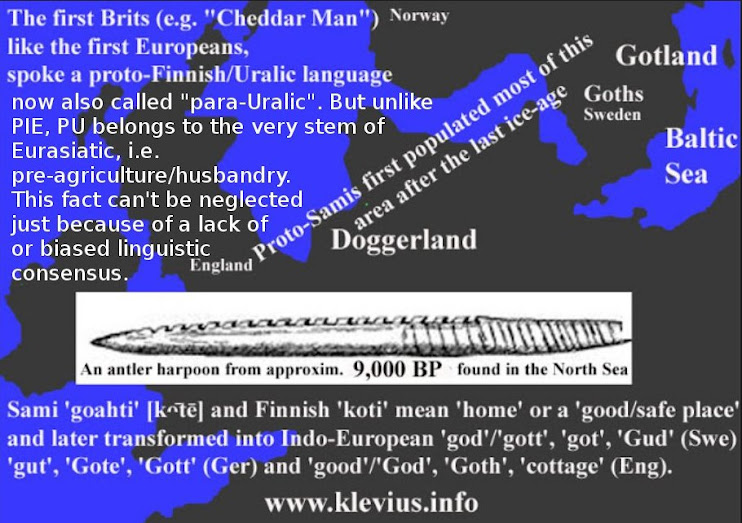 Michigan University feeds their students with this misleading map which is at odds with everything we now know about the traces of truly modern intelligent humans.Nothing on the map shows the cultural explosion from Altai to Western Europe that constituted the birth of humans as we now understand it. Homo floresiensis was capable of using fire and making stone tools etc with a chimp-sized+ brain. As did Homo erectus and others with much bigger brains. And despite some local varieties all Homos until M173 were incapable of making any significant breakthrough in the archeological records. Only when a more sophisticated (better packed) brain was poured into the biggest ever human skull (the northern Neanderthal) did truly intelligent humans emerge.Relative to its time the most impressive ever cultural explosion took place between Altai and the Pyrenees during 40,000-18,000 years along the M173 path until genetic "dilution" lowered intelligence to what we have today. 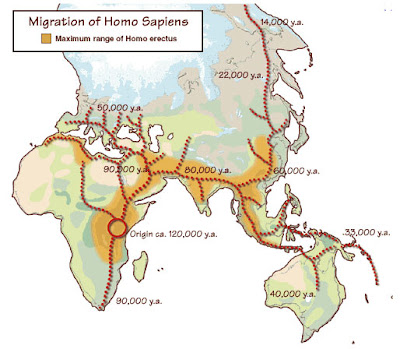 Klevius comment: In fact, the map would fit quite well, not to describe human evolution but rather (except for Australia and the north eastern line) islamic slavery atrocities during 1400 years. What it shows is Koranic slave trade routes. Political correctness hence involuntary reveals its own source namely that islam is so bad so it has to be defended from open scrutiny for whatever price. 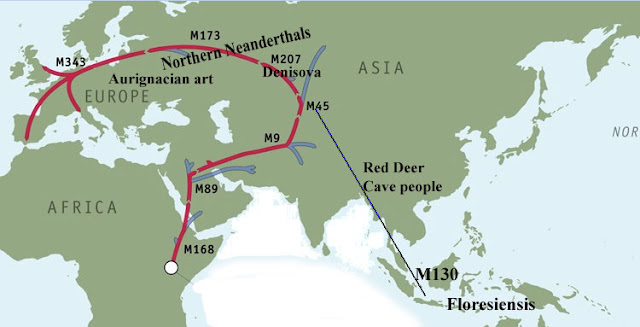 We have no clue whatsoever how M168 and M130 looked like. Nor do we know if the new brain came from Africa or Southeast Asia, i.e. was the Floresiensis type really able to walk the M130 line? And if the ape brain came from Africa, why didn't it affect the culture of relatively big skulled (compare Hofmeyr) African Homos? And M89 and M9 may be just traces of back and forth gene flow as described by Klevius. M130 may well have been a bipedal but dumb "ape-man" who hybridized with clever apes in Southeast Asia.

Or is M130, in fact, nothing more than the rest product of those who never met with northern Neanderthals on their way out of Southeast Asia?

The above also explains the distribution of mongoloid traits. Cold adapted Denisova/Red Deer Cave type laid the basis for mongoloid features and after meeting northern Neanderthals and due creation of modern humans the back migration/hybridization left (mainly) Caucasoids (what Klevius call the grey "bastard belt" on the map below) to the West and Mongoloids to the East. 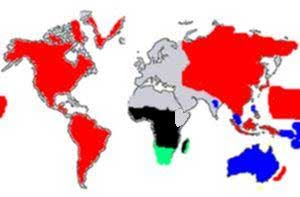 Posted by klevius at 1:22 PM No comments: 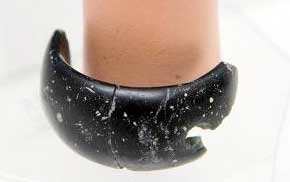 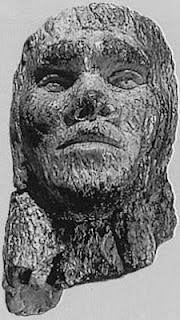 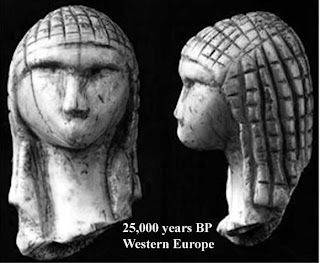